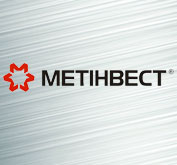 Metinvest Group’s Azovstal was named the most environmentally friendly enterprise in Ukraine during the 2nd annual Green Mind international forum in Kyiv as a result of its environmental initiatives.

In addition, Azovstal won the 7th Ukrainian "Environmental Quality and Safety" competition and was recognized in the "Environmental Initiative" category.

"We are happy to know that the international environmental forum highly evaluated the work of Azovstal's employees, as well as the work Metinvest does in the cities where it operates,” said Enver Tskitishvili, Azovstal's General Director. “The company's policy is focused on Mariupol and residents having a feeling of protection. This relates to both environment and social issues. We have done a lot of work. I think Azovstal was awarded the right to be a leading enterprise in improving the environmental situation in Mariupol and making its citizens certain of safe living conditions in the city."

Azovstal decommissioned all of its open hearth furnaces in 2011. Its sintering shop was mothballed and decommissioned in December 2012, as a result of which emissions were reduced by more than 32,000 tons per year. In the last three years, Azovstal also built a dust suppression system using nitrogen at BF #5; dismantled outdated coke-oven batteries #5, #6 and #7; and overhauled the smoke exhaust , gas ducts, and aeration device connected to the deslagging machine at the plant's BOF shop, which included the replacement of purifiers. This year, the plant's management started to upgrade BF #4.

Environmental responsibility and sustainable growth are an integral part of the development strategy of Metinvest Group enterprises.

Metinvest Group is a vertically integrated group of steel and mining companies that manages every link of the value chain, from mining and processing iron ore and coal to making and selling semi-finished and finished steel products. It has steel and mining production facilities in Ukraine, Europe and the US, as well as a sales network covering all key global markets. Its strategic vision to become the leading vertically integrated steel producer in Europe, delivering sustainable growth and profitability resilient to business cycles and providing investors with returns above industry benchmarks. The Group reported revenue of USD 3.1 billion and an EBITDA margin of 15% in the first quarter of 2013.

The major shareholders of Metinvest B.V. (the holding company for Metinvest Group) are SCM Group (71.25%) and Smart-Holding (23.75%), which partner in the Group’s management.

Metinvest Holding, LLC is the management company of Metinvest Group.