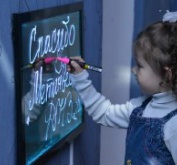 On 30 January, social projects contest of Metinvest Group "City by Our Hands" will be launched in Mariupol. The best initiatives of non-governmental organizations, municipal authorities and local residents will be financially supported by Metinvest.

The project will be presented at the Palace of Culture of Metallurgists on 4 February at 3.30 p.m. Mariupol residents willing to improve the city image will be able to read the terms of "City by Our Hands," apply for participation in the contest or training in the basics of social project planning.

Traditional contest held in nine cities of Donetsk, Dnepropetrovsk and Lugansk regions will take place in Mariupol for the third time. Its target is to increase social activity of the citizens and support the current projects focused on life quality improvement at all the cities of Metinvest presence.

This year the contest top-priorities are the projects on ecology, land improvement and greening. Winners will be determined by judging panels composed of the representatives of local communities, enterprises and organizations, leading experts on sustainable development. Each of the winners will be got paid up to 100 thousand UAH for project implementation by Metinvest. All the projects have to be realized before the year 2014 is out.

- In two years, the program "City by Our Hands" became really popular. At every contest more people are willing to participate, bring hundreds of interesting ideas. The program joins caring people, allows you to feel that together we are power that can change lives in our cities for the better. This year we are ready to support more projects - program financing will be increased by half.

In 2012, 60 applications were received in Mariupol; Metinvest allocated 500 thousand UAH for implementation of 10 projects-winners. 68 applications were submitted within the program 2013, of which 15 social projects were supported. Investments of Metinvest for implementation of the best initiatives of Mariupol citizens already made ca. 700 thousand UAH.

Most of the projects that were successful last year were devoted to the healthy lifestyle, sports, environment, children development and leisure. For example, the first multi-sensory center appeared in Mariupol on the basis of kindergarten No. 20. Classes in the sensory room, gym and phytoroom allow to de-stress children and create favorable conditions for development of children with hypogenesis. Training complexes and playgrounds were opened in Primorsky and Ordzhonikidzevsky districts.