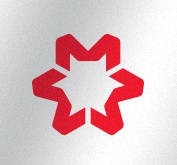 PJSC “AZOVSTAL IRON & STEEL WORKS” (“Metinvest Group”) was granted Certificate of Conformity to the International Standard ISO 14001:2004 «Environmental Management Systems». Previously, the International Certification Center “TÜV SÜD” had performed an audit at the enterprise and had emphasized significant achievements of PJSC “AZOVSTAL IRON & STEEL WORKS” in the process of reduction of its negative impact upon the environment.

The auditors highly appreciated the fact of active introduction of new technologies and implementation of large-scale environmental projects, well-functioning control system over the processes of production and personnel training. As a whole, it decreases the influence of human factor, and in totality it enables to improve the environmental situation in Mariupol according to a plan.

In fact, 18 internal audits were performed in the course of preparation for certification at PJSC “AZOVSTAL IRON & STEEL WORKS”. Once every three months work group meetings are held with social organizations of the city for the purpose of environmental issues discussion. In the current year the enterprise has been audited by the Azov Marine Ecological Inspection and the Mariupol State Sanitary and Epidemiological Service. Regular excursions take place in Mariupol and they are fully open to the public.

“Metinvest Group” has launched a large-scale process of technical reequipment at PJSC “AZOVSTAL IRON & STEEL WORKS”. Consistent dynamics oriented towards improvement of ecological values have become visible thanks to modernization, reconstruction of production facilities and fulfillment of environment protection measures. Since 2011 the enterprise has reduced atmospheric emissions level by more than one third, as well as specific emission rate per ton of cast steel has decreased on 20%.

The enterprise has rejected the hazardous open-hearth production process; it has also shut down the sintering plant and three coke batteries. In 2014 the reconstruction process of Blast Furnace No.4 got underway, in terms of which there will be provided a large-scale modernization of gas-cleaning systems. Moreover, in the coke shop the construction process of dust exhausting plant is proceeding to completion in the department of coal preparation for coking.

Andrei Mormul, lead auditor of “TÜV SÜD”:
- PJSC “AZOVSTAL IRON & STEEL WORKS” has put in a lot of effort in the line of implementation of the International Standard of Ecological Management. In addition to the above, the established system remains modern; hence we are expecting to have permanent improvement, furthermore, year upon year we are going to supervise the enterprise. We represent a German international body, so our requirements are equal to all: both to ThyssenKrupp, ArcelorMittal and to “Metinvest Group”.

Director General of PJSC “AZOVSTAL IRON & STEEL WORKS” Enver Tskitishvili:
- “Metinvest Group” annually makes investments of hundreds of millions of dollars into development of its enterprises; actually vast amounts of money are allotted for environmental projects. Facts highlight that we have tackled down to the ecological issues seriously and for the long haul. Consequently, now the company is on the right track – and the successful certification of PJSC “AZOVSTAL IRON & STEEL WORKS” in accordance to the International Standard of Ecological Management stands for a splendid confirmation of the above.