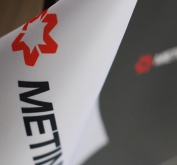 Gas supply to Metinvest’s Azovstal and Ilyich Iron and Steel Works of Mariupol resumed in full on 15 June at 01:30

Azovstal relaunched its blast oxygen furnace, limekiln and rolling shops. Its ball rolling and large section mills were the first to restart operations. The heavy plate mill will resume production on 16 June at 16:00. Blast furnaces #3 and #5 are in operation; blast furnaces #2 and #6 will be relaunched at around 22:00 on the same day and will depend upon the availability of sinter.

Ilyich Iron & Steel Works of Mariupol relaunched blast furnaces #2, #3 and #4, building #2 of its sinter plant and its pipe welding shop. Today, the relaunch of blast furnace #5 is planned, along with one of the basic oxygen furnaces, continuous caster #1, and building # 1 of the sinter plant. The limekiln and rolling shops’ furnaces are being reheated. The plate rolling 1700 and 3000 mills and the cold rolling shop will relaunch on 17 June. The limekiln shop will tentatively resume production on 18-19 June.

“Thanks to the coordinated actions of the Cabinet of Ministers, relevant government bodies, the personal involvement of Prime Minister Arseniy Yatsenyuk, and truly heroic efforts by Ukrtransgas employees, we managed to relaunch two industrial giants: Ilyich Iron & Steel Works of Mariupol and Azovstal. I would like to express special gratitude to the teams of both metallurgical plants, who did their best around the clock to maintain the equipment in operating condition. Our common objective is social stability in the region near the frontlines by preserving tens of thousands of jobs and the export potential of the national economy.”