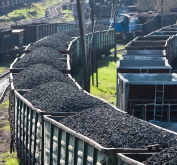 Freight traffic to the territory uncontrolled by Ukraine and back was halted on 20 April. Without an explanation of the cause and without a notice, Dispatchers at the stations of Donetsk Railways were cut off from the Single Dispatching System that is used to control the train traffic. This puts the operations of Metinvest Group’s production facilities located in the territory that uncontrolled by Ukraine under threat and may lead to a sizable drop in output at the steel mills and beneficiation plants.

Currently, more than 100 freight trains stand still at railway stations. The biggest number of trains – around 65 trains accumulated at Yasynuvata station. In the past 24 hours, only two trains have dispatched, vs. 14 trains dispatched every day before. Unpredictable actions of Urkzaliznytsya National Railways caused the volume of railway transportation in the region to decrease by 80-90%.

Halted freight traffic caused shortage of raw materials at Metinvest’s production facilities, where the buffer stock cannot be replenished due to low throughput capacity of the branch lines both in the direction of Mariupol, and at the border with the uncontrolled territory.

In particular, Karakuba station is blocked. Komsomolske Flux Plant shipped limestone used as the basic raw material for sinter production through this station. Without this raw material, MMKI’s sinter plant may have to shut down, leading to a drop in the hot metal output by 10 thousand tonnes per day. In turn, Azovstal’s operations depend on MMKI’s sinter. Ultimately, every day without the raw materials will turn into a production loss of 16 thousand tonnes of steel products equivalent to $6 million worth of foreign currency revenues for the country.

Yenakiieve Steel has to mothball its operations due to shortage of the raw materials.

Limestone shortage will lead to lower pellet output by the Group’s beneficiation plants.